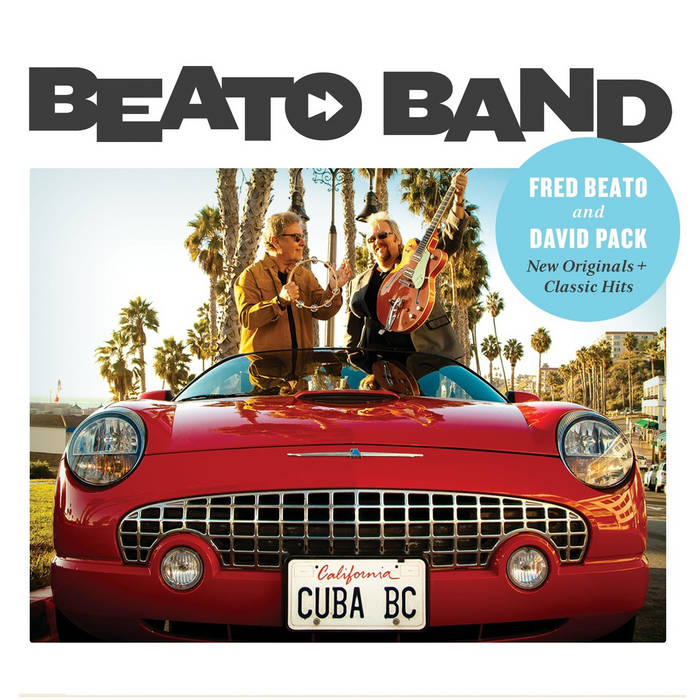 Steve Formaneck Hard to pick a favorite but this will do. Favorite track: My Old Friend.

The year was 1968, and high school bandmates David Pack and Fred Beato had just achieved the unimaginable – their 9-piece rock and soul group The Symbols of Tyme won the entire US Battle of the Bands in Atlantic City, NJ. They were just 15 years old, and they returned to their native Torrance, CA as heroes.

The story of the band from that point is fairly typical - the success didn't last, and they went their separate ways. You've probably never heard of the Symbols of Tyme.

What is far from typical is the success that David and Fred achieved after the Symbols broke up, and you almost certainly HAVE heard of the work they have done since.

You see, David Pack co-founded the band Ambrosia in the 70’s, and he wrote and sang a string of their #1 hits. Songs like “Biggest Part of Me,” “How Much I Feel,” and “You’re the Only Woman,” have garnered a collective 10 million radio spins and counting, and are heard every day on stations worldwide. David has also produced some of the world’s biggest stars – most notably on his The Songs of West Side Story album, recorded as a tribute to his music mentor and long-time friend Leonard Bernstein, and featuring Aretha Franklin, Phil Collins, Selena, and many more.

Fred Beato put down his drum sticks after high school, but remained at the center of the drumming community by founding Beato Bags Inc, which quickly grew to become the #1 manufacturer of custom drum bags in America. Used by the world’s most popular drummers, including Ringo Starr, Tico Torres, Steve Gadd and hundreds more, Beato Bags remain a staple for drummers worldwide.

So why now, 45 years after their high school days, have Fred and David released Beato Band, their first album together ever? They believe it was fate.

Without knowing it, they both moved their families to within just a few miles of each other in Orange County, CA. After discovering this by a chance email in 2008, they reclaimed their friendship and picked up where they left off.

The two found a new groove hanging out again, sharing challenges they both faced in the music business - “almost like therapy sessions” Pack says, “Like the grumpy old men movie, only we were more like Jack Lemon and Ricky Ricardo.” But eventually it led them to Pack’s home recording studio.

Fred says, “I was determined to make my first album ever. Originally I asked Dave to sing just one song, and even that felt like too big of a favor… but it turned out so good we realized we’d found something magic and it evolved from there beyond our dreams”.

Pack was so inspired by the early results that he wrote “My Old Friend” to tell the true story of their past and the blessing that old friends are today. He likens it to “The Who meets Paul Simon, with a sharp turn in Hawthorne near the Beach Boys original home. And I’m so proud that Fred killed those rock drum parts” says Pack. “His confidence came back!”

“Cuba BC” is the 7 minute anthem of the album, and David says “It was a song I had to write: the true life story of Fred being sent to America from Cuba in 1962 at age 10, not seeing his mother again for 7 years; and the story of the beauty of Cuba as Fred new it before Castro. Then the two old friends flew to Miami to celebrate Fred’s 60th and met with legendary producer Emilio Estefan who warmly received them and listened to the song. “He loved it,” says Fred. “Emilio said this is all of our story, all Cubans and immigrants” and congratulated them while encouraging them to make a great video and share it with the world.

“Our fun little experimental project turned into a monster when Dave started writing new original songs for it and adding that golden voice of his!” says Fred who sees Pack as a McCartney caliber singer. “That scared me into practicing drums 8 hours a day, getting back on the bicycle so I could pull off the recordings. Pack is a perfectionist and it paid off!”

David explains, “Fred and I are still feisty fire down-below kind of guys, still passionate as ever about music even as we enter our golden years. So we let the music lead us to a new place, like we used to as teenagers, and literally went back to Fred’s garage!”

Beato Band is the perfect blend of the influences and energy of those high school days, and the craftsmanship and maturity of two music industry veterans.

7. And Your Bird Can Sing
Lennon/McCartney - Northern Songs

They played together in 1968 in a band that won the US Battle of the Bands, and decades later rekindled their friendship and began working music again - which developed into the songs you see here!

Bandcamp Daily  your guide to the world of Bandcamp

Featured sounds by K.Spark and WIZDUMB, plus Basi joins the show to discuss his latest release.